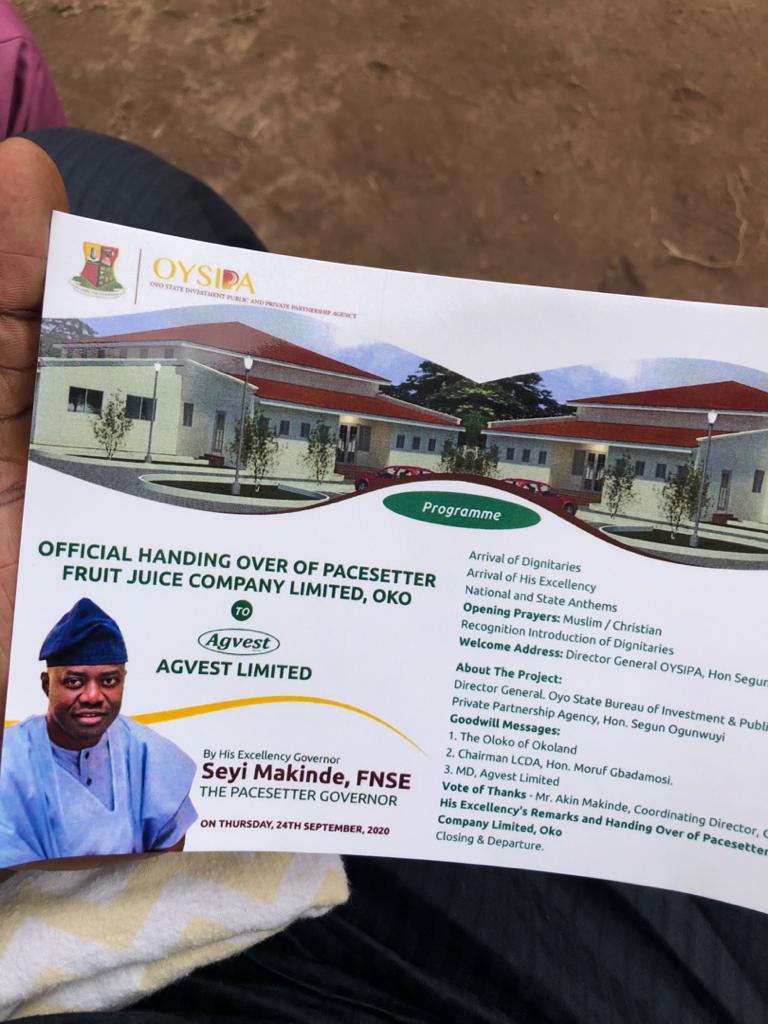 Oyo state Governor, Engineer Seyi Makinde, has assured Indigenes and residents of Oyo state that they will benefit from any abandoned or moribund projects in the state.

He gave the assurance during the official handing – over of the Pace – setter Fruit Juice Company limited located at Oko in Ogbomoso, to AGVEST limited amidst top Government officials which include the Oyo state deputy Governor, Engineer Rauf Olaniyan, the Secretary to the State Government, Olubanwo Adeosun, the Chief of Staff, Bisi Ilaka, and some others.

While speaking during the ceremony which also recorded the attendance of Monarchs, Chiefs, Religious and political leaders, Governor Makinde stated that the Project was executed with Oyo state money harping that the Indigenes would start deriving value for their money.

During his address at the ceremony, the Director – General of the Oyo state Public Private Partnership, Segun Ogunwuyi, explained that the Fruits company was commissioned in 2007 under the leadership of former Governor Rashidi Ladoja but has never been in operation stressing that the project would yield ecological advantage.

In his submission during the ceremony, the Oloko of Oko, Oba Solomon Olagoke, assured the investors of security during the course of the assignment which according to Governor Makinde would be executed within six months.