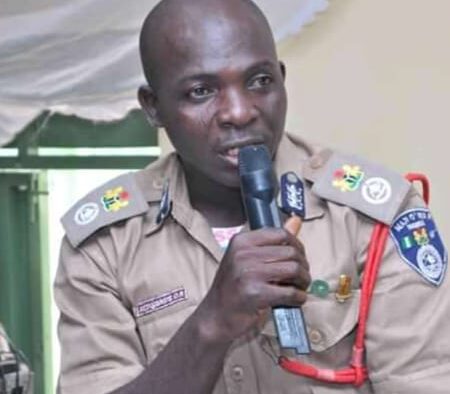 The Commander, Man O War Nigeria, Oyo State Command; Commander Akingbade Abidemi through his spokesperson, the State PRO; AC Adebiyi,A.A condemns the killing of youths by the people who swore an oath to protect them.

He strongly supports the stand of the State Governor; Engr Seyi Makinde that protests are a legitimate rights of citizens to express their minds to the Government but pleads that protesters should remain calm and peaceful.

In his statement, the State Commander sympatizes with the families of thoes who lost their lives and sustained various degrees of injuries during this protests.

He also pleads with the Soun of Ogbomosho to overlook the attitude of some angry youths who desecrated His palace as a result of the protest and commends the State Governor on his support of N100 million naira for the renovation of the palace.

He further stated that, the Inspector General of Police should look into Police reforms and call all erring officers to order and further prosecute the bad eggs so as not to dent the good reputation of the Force.