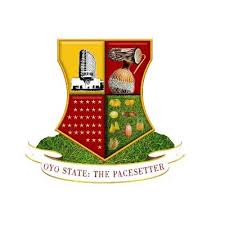 The Oyo State Civil Service Commission has released the results of the recently conducted Computer Based Test exercise for candidates who applied for the post of Education Officer (11) in the State.

Applicants who sat for the examination are to visit the Oyo State Government Portal jobportal, oyostategov.ng.sc for their results.

Earlier in July, 2020, the Commission had placed an advertorial through the CSC Portal, asking applicants to download CBT access form that would allow them participate in the text.

According to Alhaji Aderibigbe, over fourteen thousand applications were received and the applicants included holders of Higher National Deploma (HND), National Certificate in Education (NCE) , and those with Single Honours from universities and educational-biased disciplines.

According to the Chairman, Three thousand, two hundred and fifty-one candidates were shortlisted through the Management Information Center (MIC) portal.

“Let the information get to the applicants, friends and relatives that the result is out, they should check the portal to see their scores and print same for further actions.

“We are assuring all that the present administration in the State is not going to sacrifice quality at the doorstep of politics, especially as this exercise is about the growth of education in Oyo State.”

The number of shortlisted applicants, according to him, were increased manually to 3,251 as some candidates that could not access the portal before the text were admitted manually at the examination centre.

He added that the selected applicants were considered according to the scheme of service to fill the vacancies for the sixteen Government Science Schools and the State Technical Colleges in the State.

The Three thousand, Two hundred and Fifty one applicants that wrote the CBT have their results released on Monday.

Aderibigbe saluted the conduct of the applicants during the Computer Based Test exercise. He affirmed that cut–off marks for each subject / specialization will be released on the same portal by 26th of April, 2021.

He reiterated the commitment of the government to selecting the best applicants in order to promote quality in in the State’s teaching service.