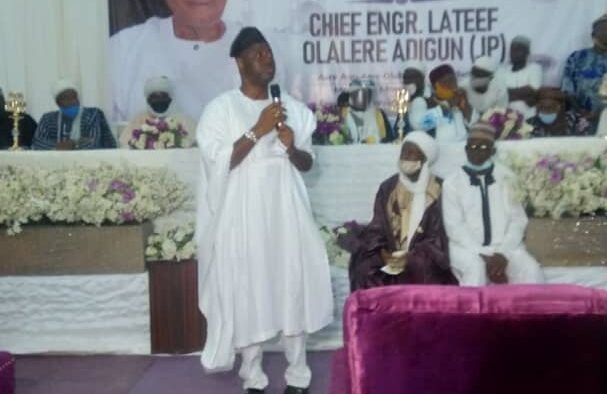 Oyo State Governor, Engr Seyi Makinde has advised people to always remember their last day in whatever they do and strive to leave good legacy behind.

Makinde stated this at the burial programme of late Engineer Abdulateef Olalere Adigun, the Ààrẹ Ago Olubadan of Ibadanland, lamented he had lost a dependable companion and a trustworthy confidant. 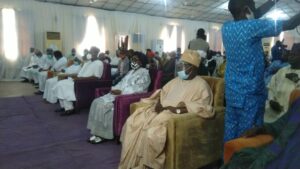 The Governor said Engineer Adigun, who became his father after losing his biological father eight years ago, stood by him and supported his governorship ambition both in 2015 and 2019.

The mandatory Janazat Prayer was led by the Chief Imam of Ibadan land Shiekh AbdulGaniy Agbotomokekere at Oluyole GRA residence before moving the corpse to his Eyin Grammar house Ibadan for the Internment. 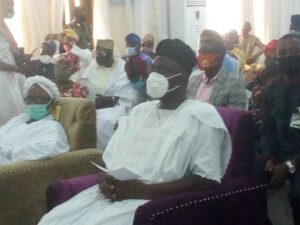 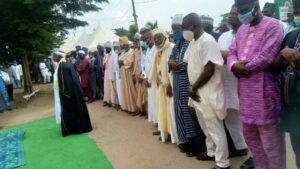 One of the sons of the deceased who spoke on behalf of the family, DOTUN ADIGUN appreciated Governor MAKINDE for his people-centered government and for supporting the family.

The cleric who delivered a very short sermon at the burial programme extolled the virtues of the Aare Ago Olubadan of Ibadanland, charging people to strive to leave good legacy before death comes. 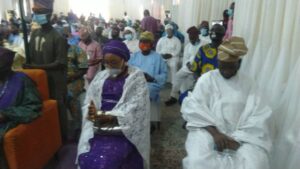 The remains of the deceased were later conveyed to his Molete residence for internment after Islam prayer for the dead.

Chief Abdulateef Olalere Adigun bid the world final bye at the Age of 79.He was survived wife, children and grandchildren.